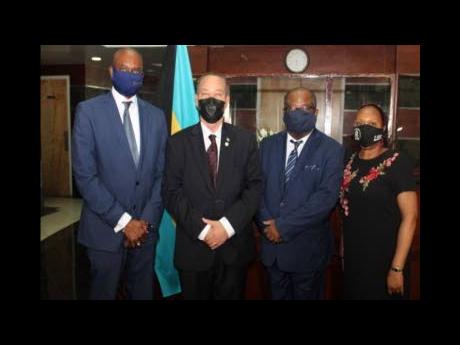 The Bahamas marked World Press Freedom Day on Monday with the government releasing a statement on the Freedom of Information Act, and introducing the first freedom of information commissioner and his deputy.

Attorney General and Minister of Legal Affairs Carl Bethel said freedom of information, or the right to access information, is considered to be a cornerstone of modern democracy.

“At that time, some persons expressed concern about the 2012 act and in 2014, the then government formed a committee, under the auspices of the then minister of education, Jerome Fitzgerald, who gave the committee the mandate to examine the 2012 act with a view to updating it.

He said after initial benchmarking, the committee recommended that due to the extensive changes which needed to be made to the 2012 act, a new act should be drafted, and that the revised act was enacted on March 31, 2017.

“Since that time, the present government brought the whistle-blowers’ protection provisions into force in December 2017. Subsequently, the government arranged, through an IDB (Inter American Development Bank) facility, for a consultancy which led to several days of face-to-face training of scores of public servants during 2018 conducted by Damian Cox, the director of Access to Information of Jamaica.”