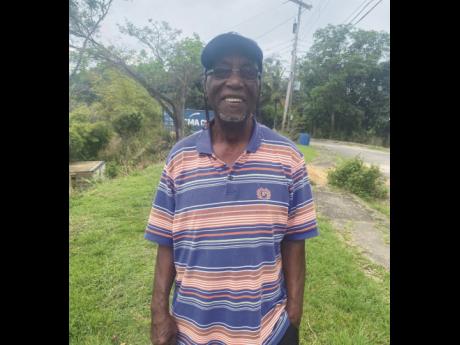 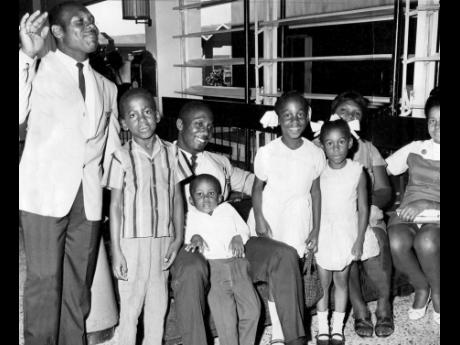 File
Weightlifter Cedric Demetrius (left) and fellow weightlifter Keith Bailey (sitting third from left) pose with members of their families ahead of their departure to the 1968 Olympic Games in Mexico City, Mexico.
1
2

In January, newly elected Jamaica Weightlifting Federation (JWF) president, Mark Broomfield, relaunched the association and declared that his short-term objective is to re-establish the sport locally and restore the country’s prominence regionally and internationally.

Jamaica has been represented in weightlifting at four Olympics, the last being the 1988 Games in Seoul, South Korea. However, since then, weightlifting as a sport has declined locally.

Former Commonwealth Games representative and Olympic coach, Keith Bailey, believes weightlifting can once again take its place among Jamaican sporting enthusiasts. He believes there are young local weightlifters who are committed to the sport and want to do well, but he does not think they are getting the level of training and support required to compete at the international level.

“Weightlifting is not a popular sport in Jamaica. You have to do a lot of physical training if you want to be a strong competitor. It will take a lot of effort,” Bailey said. “Some of these youngsters are very serious and hoping to be national champions and go on to other competitions and international games, but generally, you have to be very interested and you are not finding much guys (interested), but those who are interested are very serious.

“It takes a lot out of you. You have to learn the techniques, various exercises, strengthening your front and back muscles, and the guys who are involved nowadays are not going through that process,” he continued.

Although he urged the upcoming athletes to dedicate themselves, Bailey reasoned that many are unable to sustain themselves with proper nutrition and supplements to get to an international competitive level, and usually this result in them dropping out of the sport.

“These guys, if they want to make it, they will have to train really hard and commit themselves. They really have to put their minds to it, and if they can get the motivation, they can move forward,” he said. “In my time I was stable. I could train and buy my food and supplements, and those are key things. Geddes Grant and Levy Brothers (local companies) also gave their support.

“So they need good support and good sponsorship. Many cannot sustain themselves with supplements and nutrition, so corporate Jamaica would have to help,” he commented.

Nevertheless, he believes that if the federation can promote the sport, generate corporate support and get it into the high schools, Jamaican weightlifters will retake their place on the Olympic stage.

“In the past, we have had very good lifters but because of not having regular competitions, having to earn a living, while some migrated abroad, they eventually left the sport.

“The sport must be promoted and corporate entities must get involved, as there is potential here.“

Bailey represented Jamaica at the 1966 Commonwealth Games. He then finished runner-up to Cedrick Demetrius for Jamaica’s lone Olympic spot in 1968; however, he still went to the Games as Demetrius’ coach.

After returning from the 1968 Olympics, which he described as a “marvellous” experience, Bailey competed briefly before retiring from competition.