Jamaican music is very much alive 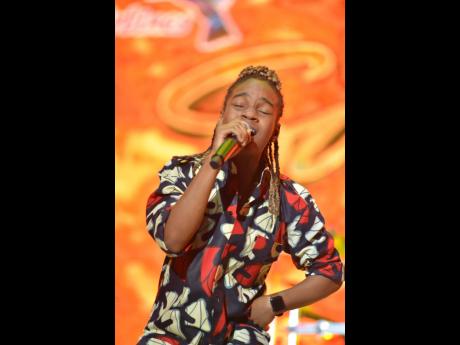 I read with great interest the article by Alfred Dawes, who has cited Bob Marley as one of the many artistes who have created their own expansive fan bases in the different genres of music that we have produced. He says that “somewhere along the road we have lost our way. The greatest reggae acts are no longer Jamaican and our music no longer captures the imagination of hordes of fans the way it used to. The power of Jamaican music has faded.” He suggests that only a handful of home-grown reggae artistes, such as Chronixx and Koffee, have international appeal.

Bob Marley, Chronixx and Koffee are undeniably great artistes, but they experienced the same challenges that many of our artistes now are experiencing which is preventing them from having ‘international appea’. It was only after these artistrs enjoyed the endorsement from influential and important persons and from overseas audiences, that we then embrace them.

In Marley’s case, it was only after receiving endorsements from Chris Blackwell, Johnny Nash, Eric Clapton, Sly and the Family Stone and CBS Records that we embraced him. Before that he was just a natty-head, ganja-smoking Rasta. Not much has changed even after all this time, by the way, as Rastas still struggle today to get the respect they deserve. It was only after endorsements from Usain Bolt, Major Lazer and the BBC that Chronixx was embraced by us, even though he grew up in a reggae family and in a recording studio. Koffee had to wait on the endorsement of Cocoa Tea, Usain Bolt, Chronixx and Protoje.

Far from it, the music has not died. On the contrary, given the wealth of talent and artistes writing great songs and producing great music, if we were supporting and highlighting that, we would see how alive and well Jamaican music is. The problem is bad mind and a bandwagon mentality. Radio plays what fans want to listen to. Festival promoters book artistes that get radio play and who have fan bases. If you are a fan of clean, uplifting music, then demand it from your favourite radio station and support those artistes on social media and by buying their music and merchandise.