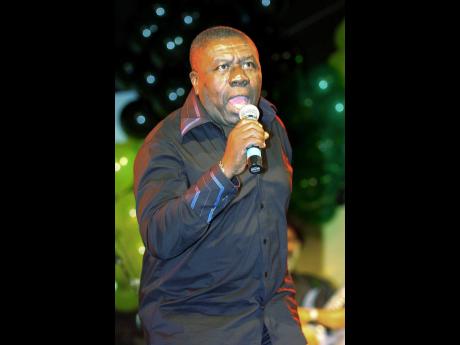 When Mother’s Day weekend rolls around next week, Jamaicans here and in the diaspora will get the opportunity to see Oliver Samuels, the king of comedy, in action as he brings a special production to life as a treat to all mothers. Having had his physical appearances halted for the second consecutive year due to COVID-19 travel restrictions, Samuels has partnered with Whirlwind Entertainment to ensure Mother’s Day celebrations are still active on-screen and is slated to bring a belly full of laughter to all moms virtually.

“Oliver has always done shows in Canada for Mother’s Day. Last year, for obvious reasons, was the first that he never did anything, and he didn’t want this year to pass with the same inactivity. This show opens him back up to the people and keeps them connected for the special occasion [on screen],” said Whirlwind’s CEO Michael Dawson.

Dawson said this production has been in the works for some time. “We knew we had to do something special for Mother’s Day, and so planning for this production has been happening for quite a while. Mothers are the backbone of every society. Without them, many families would fall apart, and we wanted a way to not just show appreciation for the work they do, but highlight how important their role is in society,” he said.

He revealed that the production, dubbed Fambily Fuel, will explore the issue of absentee mothers and how the latter affects the family unit. “It’s about the challenges of motherhood that comes specifically with migration and the absence of those mothers. Mothers who have no doubt gone in search of a better life for their children, but explores how the lack of their presence affects the family. It’s not a topic that we talk about a lot, but it’s one that’s worth it,” Dawson said.

Pointing out that their aim with the production is to target a global audience, Dawson said the topic is relatable to every society. “With the virtual aspect now in play, we are looking at a global audience, and so we can’t produce something that just the Jamaican audience would understand and relate to; it has to be global issues, issues that affect everyone, and so we had to tailor the production in that way. As it is, Fambily Fuel is a top-class production that everyone in every part of this world can connect with,” he said.

Since announcing that the king of comedy would be starring in the special Mother’s Day show, the Whirlwind Entertainment CEO said anticipation has been at fever pitch. “Canada is just grateful; normally, we would have five shows on the Mother’s Day weekend, so they are just glad to have him back, even if it’s just online. And for the fans of Oliver that are located everywhere else that never got to see him in action on a Mother’s Day because he was usually in Canada, now they will get that opportunity, and so a lot more people are happy. Finally, those places that have been yearning to see him will get their heart’s desire, and it works out very nicely because he is celebrating 50 years in theatre, and now more of his fans can see him in action,” he said.

In a statement to The Gleaner, Samuels shared similar sentiments. As he urged his fans to support the new form of live entertainment afforded by technology, the king of comedy said that he was happy for the opportunity to now reach every Jamaican mother, wherever they are in the world.

“Over the years, I have numerous requests to perform in many cities across the world on Mother’s Day. Ironically, due to the restrictions, this year, for the first time, I can reach every Jamaican mother on the planet. Mi really large after all,” he said.

Samuels said he is excited by the prospects. “The new technology of streaming across the world is exciting, and I hope that my friends, fans, family will adapt to this new technology as I have been doing and enjoy equally.”

Fambily Fuel will be available for viewing via Mytelefy.tv, starting the weekend of May 7.